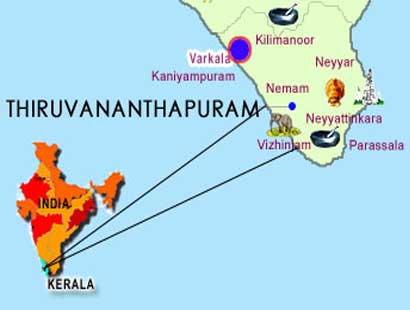 Situated at a distance of 40 km from Trivandrum city, Varkala is a mere one and a half hour ride from the Capital city.

It is accessible both by rail and road. Innumerable number of buses ply to Varkala from different parts of the state . Varkkala railway Station is also there.

Those coming to Varkala from the North can come via Quilon and those coming from the south can reach Varkala via Trivandrum.Trivandrum International airport is the nearest airport at a distance of 45 kilometers.