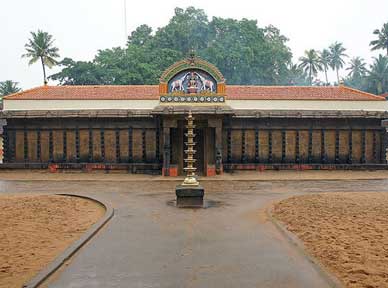 The temple is ground to many colourful festivals. The main Hindu ritual performed here is the Vavu Bali, which is done on the new moon day of the month of Karkkidakam.

Facing the temple is the Papasnanam beach where devotees take a bath in the belief that the sacred waters will wash away their sins. A large bell washed up from the wreck of a Dutch merchant vessel is kept on display at the temple. 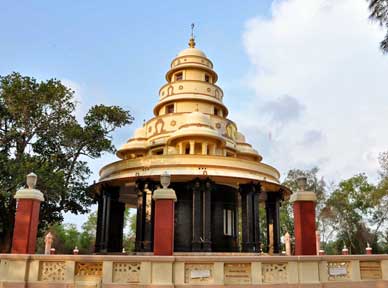 Sivagiri Mutt is a famous ashram in Varkala, founded by the philosopher and social reformer Sree Narayana Guru. Sree Narayana Guru's tomb is also located here. The Samadhi (the final resting place) of the Guru here attracts thousands of devotees every year during the Sivagiri Pilgrimage days 30th December to 1st January.

The Sivagiri Mutt, built in 1904, is situated at the top of the Sivagiri hill near Varkala. Even decades after the guru breathed his last here in 1928; his samadhi continues to be thronged by thousands of devotees, donned in yellow attire, from different parts of Kerala and outside every year during the Sivagiri Pilgrimage days - 30th December to 1st January.

The Sivagiri Mutt is also the headquarters of the Sree Narayana Dharma Sangham, an organization of his disciples and saints, established by the Guru to propagate his concept of 'One Caste, One Religion, One God'. The Guru Deva Jayanti, the birthday of the Guru, and the samadhi day are celebrated in August and September respectively every year. Colourful processions, debates and seminars, public meetings, cultural shows, community feasts, group wedding and rituals mark the celebrations. 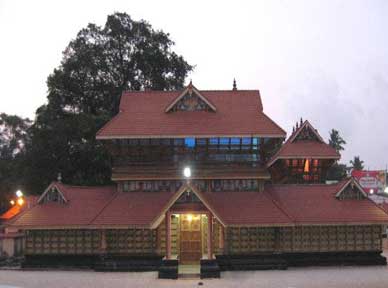 Sarkara Devi Temple is a famous old temple situated near Varkala at Chirayinkeezhu. The main deity of the temple is Goddess Bhadrakali. The temple is famous for the kaliyoot festival on the Malayalam month of kumbham (March). This was introduced by the Travancore sovereign, Anizham Thirunal Marthanda Varma in the year 1748. The other important festival here is the Meenabharani festival, that takes place during the annual special pooja of Attavishesham.